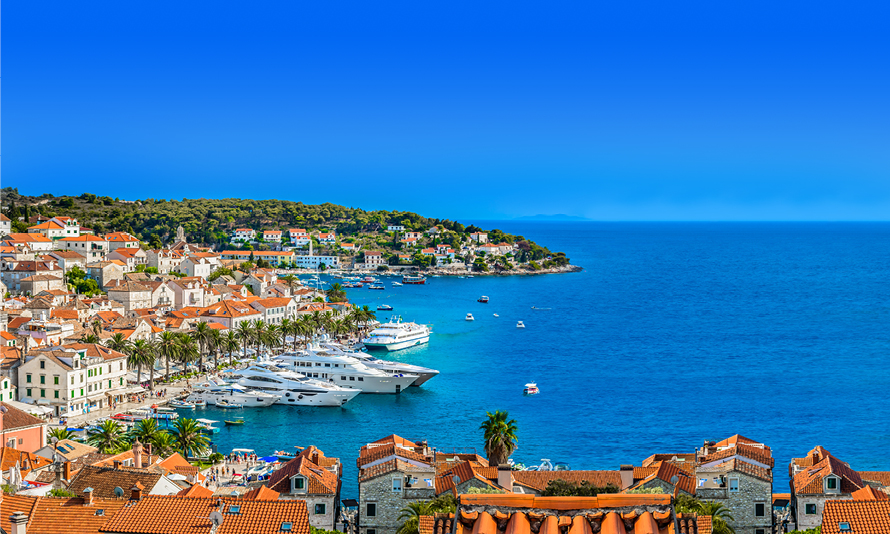 Republic of Croatia, the most glamourous destination. Karuya BhramanTea’ s journey begins within the heart of the Croatia Zagreb, lively capital city.

Zagreb, includes a number of the foremost desired destinations among the country. It is centre of youth, where people beats on their pulse. It is one of the oldest city of Croatia. Zagreb hides romantic walks with wide views. St. Mark’s square is a square located in capital. Lotrščak Tower, is one of the oldest building in Zagreb. It is a must visit place as it depicts old Croatia as it was built in 13th century.

Plitvice Lakes Parkland unveils ever-changing landscapes culminating within the natural surprise of this UNESCO site wherever the mist, created by a number of the parks’ 16 cascading lakes, on the winding wood methods will soothe away the daily stress.  Crossing the mountains, the journey reaches to Zadar, an ancient coastal town that impresses with its impeccable mix of ancient history and trendy marvels just like the distinctive ocean Organ.

The coast dotted with historic cities like Perast and Kotor, or to Mostar in Bosnia and Herzegovina, far-famed for the foremost well-known bridge within the Balkans, the UNESCO site old Bridge over river Neretva.

Arrival to Zagreb. Welcome to Croatia!

Zagreb is capital of Croatia, which reflects to old and ancient European site. The place is full of revealing, lovely and most romantic views for site seeing. A town tour will be organised where ancient historical places, monuments, cafes and restaurants along with romantic places and a feeling of youth-sprint will be enjoyed by tourist.

The widely and vivacious trendy spots around the town makes whole day full of joy and pleasure. After spending whole day in Zagreb, the evening will be spent in Samobor, which is nearby quaint city with travel of 20 kms. It is a well-known place for preserved architecture.

Plitvice Lakes Parkland is known and appreciated by UNESCO for its scenic and natural beauty. Plitvice National Park is a must-see destination where there are as many as eight different hiking routes found in the park with two main entrances. It is a coastal site where tourists will spend their memorable half-day within park.

The Croatian park is occupied with 16 cascading lakes and beautiful waterfalls providing peace of site pleasure to tourists around the world. The tour will continue enjoying to the coastal city of Zadar where the wait for world’s most attractive and beautiful sunset, will be enjoyed once it sets.

Šibenik Krka Park is known from the river Krka. About an hour down the coastline from Zadar is the lovely Šibenik, home to UN agency site St. Jacob’s Cathedral. The place is unaltered with exceptional natural beauty. Thus, tourists have choice whether to visit the park or not. The park is also far-famed with Skradinski Buk falls, which is one of the Croatia’s most renowned sights.

Split, Trogir, Cetina stream is best adventure place for rafting in Croatia. Walking along the tour through coastal cities tourists can explore the remarkably wealthy history of Split and its United Nations Educational Scientific and Cultural Organization site Diocletian’s Palace.

On the 5th Day of Tour, (optional) includes a visit to United Nations agency protected town of Trogir, native vineyards, boat tour on Cetina river and a visit to an area producer of ancient Dalmatian hand-made delicacies, Stella Croatica.

Dubronik, is one of the best and wonderful old city. The city is full of gorgeous palaces, churches, galleries and restaurants. It is UN famed agency site old site. Dubronik is known as “Pearl of the Adriatic”.

On the 7th Day, tourists have to select an optional tour to Montenegro, historic coastal cities of Kotor and Perast, or to Mostar, Bosnian city renowned for its old Bridge UNESCO World Heritage site.

What is the best time to Croatia?

The best times to visit Croatia is in the spring or early autumn when all the elements come together.