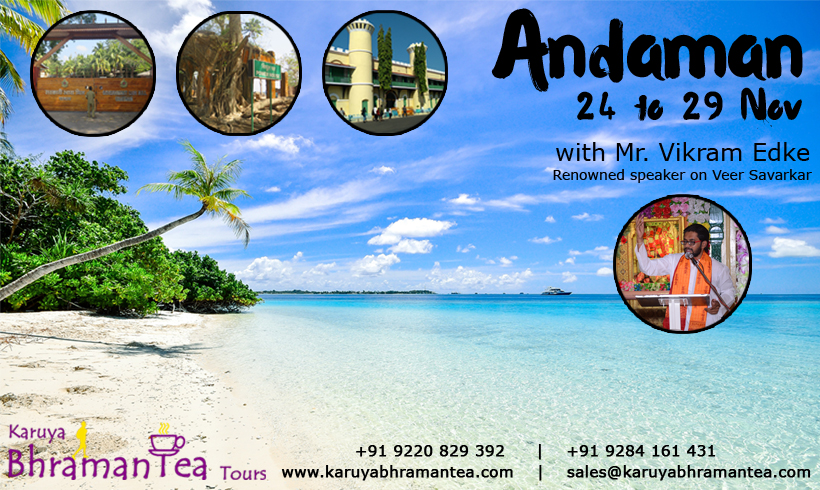 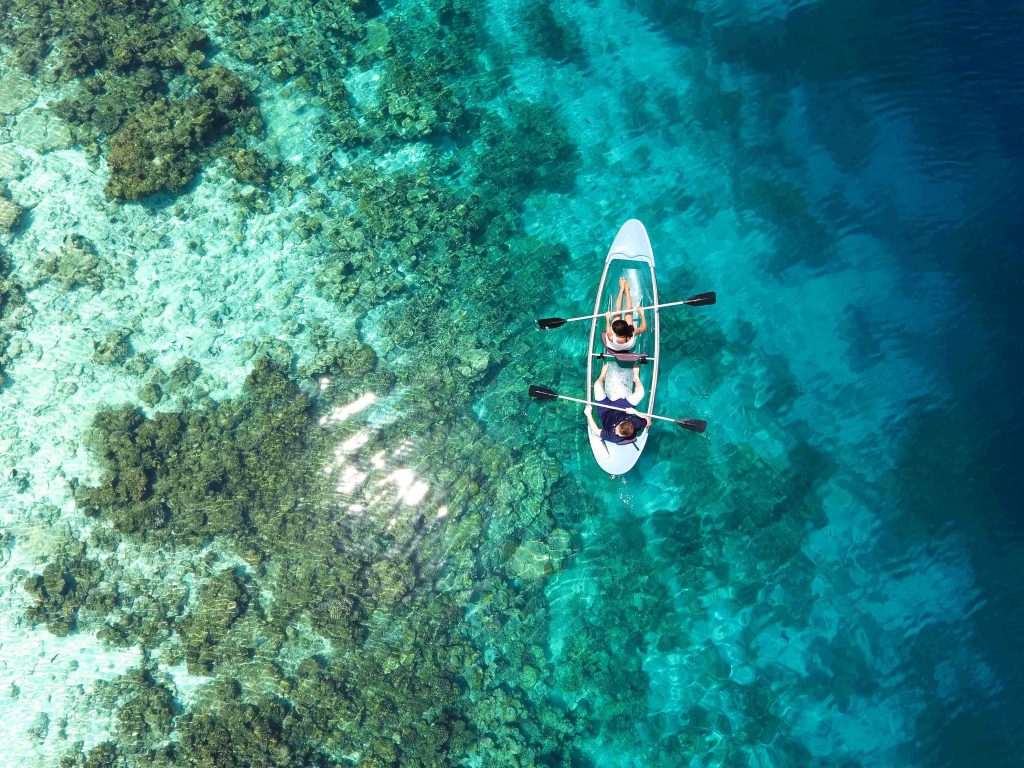 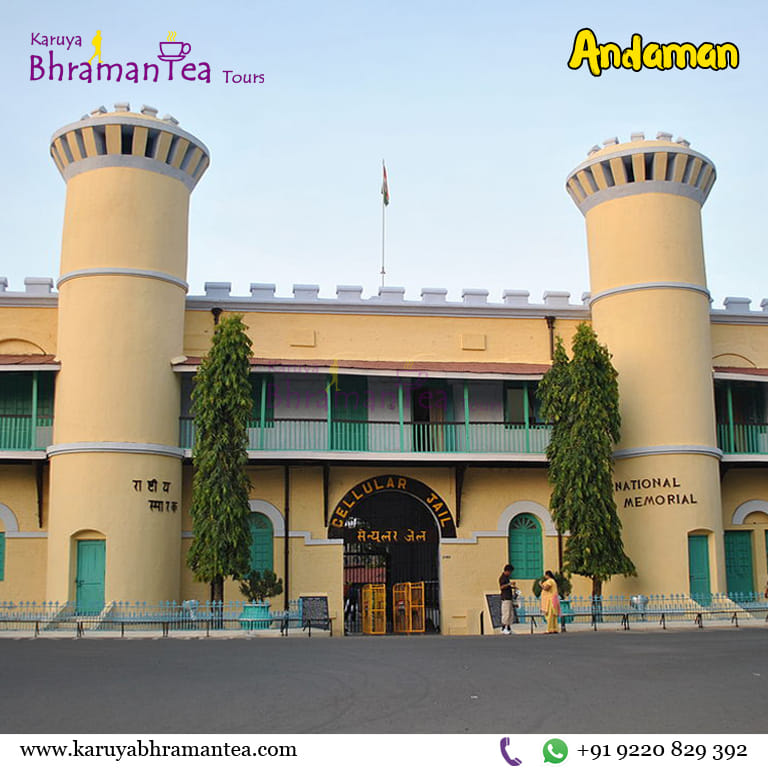 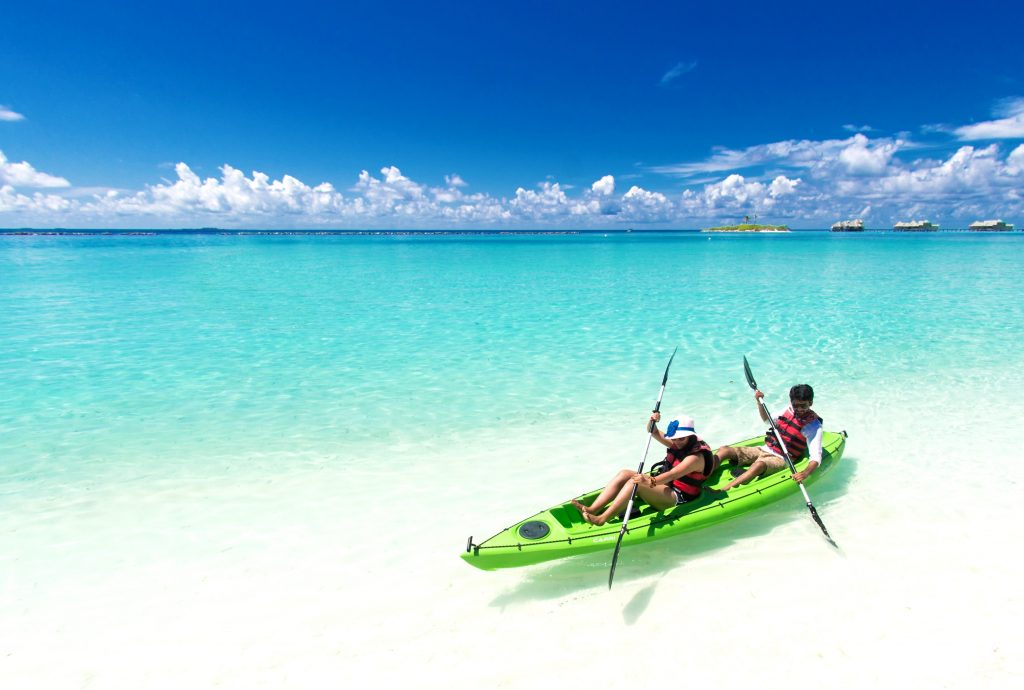 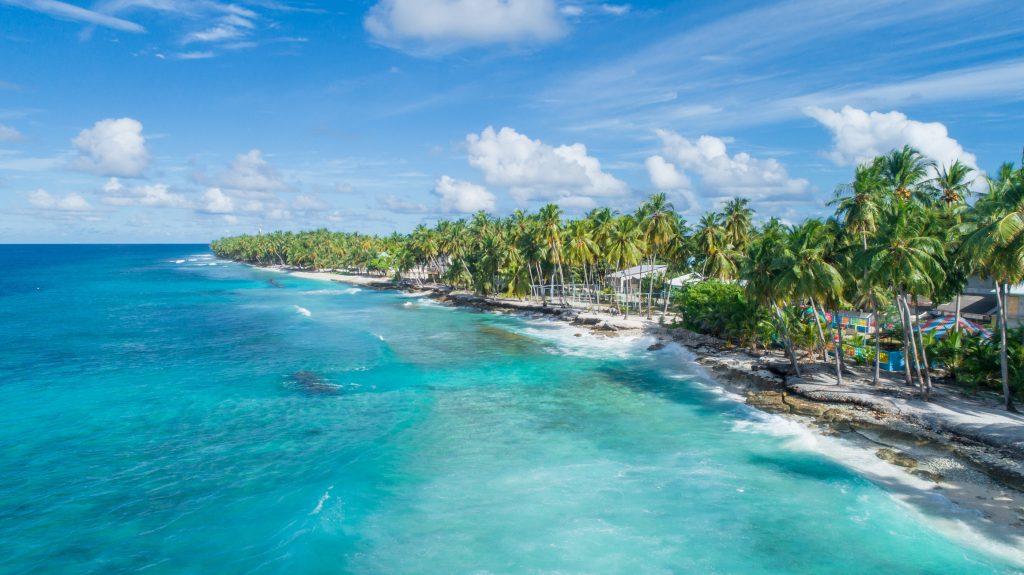 Andaman- it reminds to the sacrifices of Svatantryavir Savarkar.
He was sentenced to two life terms of imprisonment totaling fifty years and was moved to the Cellular Jail here in the Andaman and Nicobar Islands.
The airport at Port Blair, Andaman and Nicobar’s capital was renamed Veer Savarkar International Airport in 2002.

On this tour, renowned speaker Mr. Vikram Edke will accompany us. He has a special study and deep knowledge regarding Swatantryaveer Vinayak Damodar Savarkar.

The territory is about 150 km (93 mi) north of Aceh in Indonesia and separated from Thailand and Myanmar by the Andaman Sea. It comprises two island groups, the Andaman Islands (partly) and the Nicobar Islands, separated by the 150 km wide Ten Degree Channel (on the 10°N parallel), with the Andamans to the north of this latitude, and the Nicobars to the south (or by 179 km). The Andaman Sea lies to the east and the Bay of Bengal to the west.

Shopping : At evening, we proceed to Sagarika ( the Govt. Emporium of Handcraft) and local market for shopping.

Departure from Port Blair as per flights.

Do we need passport for Travelling to Andaman?

INDIAN Nationals: Andaman Nicobar is part of India and there is no need of passport or permit for Indian citizens to visit Andaman & Nicobar Islands.